Introducing the Center and Library for the Bible and Social Justice

For the past two-plus years, I’ve been working with a stellar group of folks on the daunting and somewhat quixotic task of setting up a new library and educational center. Located at Stony Point Center about 40 miles north of New York City in the scenic Hudson Valley, the Center and Library for the Bible and Social Justice has a fantastic collection of books and periodicals in the fields of biblical study, the social sciences, and the history of activist and progressive movements. 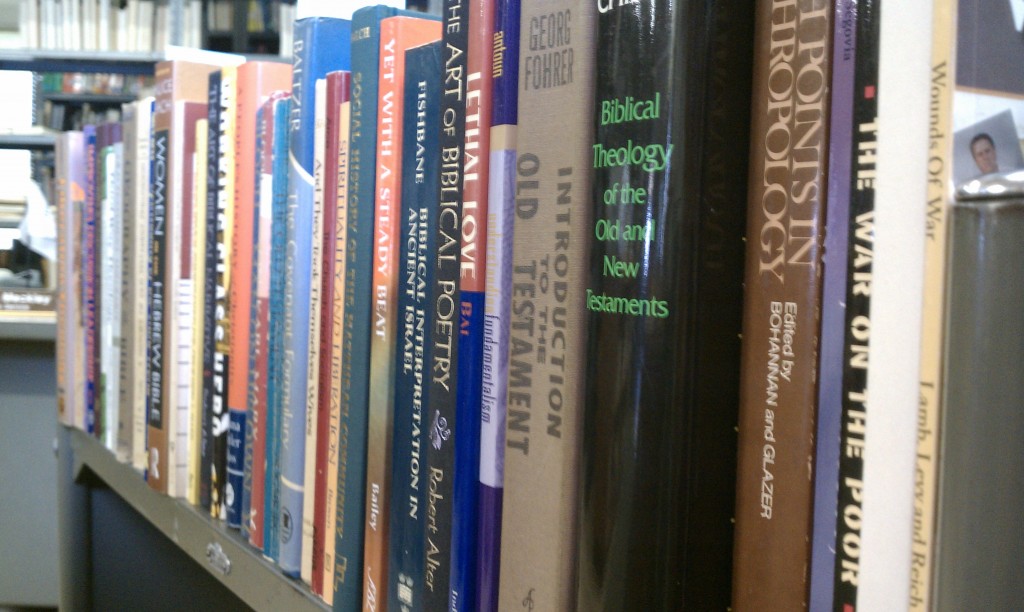 The current collection comes largely from the personal libraries of three biblical scholars who pioneered the use of social sciences in biblical scholarship. Norman Gottwald, John H. Elliott and Herman Waetjen generously contributed a curated selection of their books to this venture.This is a collection of texts that would do any any major research library proud, let alone a theological library.

Not only did Herman, John and Norman donate their books to this venture, they have also all given substantially of their time, energy and wisdom to assist in the planning and implementation of this project. Thanks to their efforts, as well as the work of a small group of dedicated activists, librarians, educators and scholars, we were able to incorporate as a nonprofit organization, move over 800 books from the west coast to their new home, catalog and shelve them, and put up a website in a very short amount of time.The library officially opened this past weekend, with a series of cultural and scholarly events.

Although I’m hardly a disinterested party, I think the opening of this library is a really significant event. First of all, it addresses a particular need, one that I think is only going to grow exponentially in the coming years. As scholars reach the age of retirement, many of them will find themselves with vast collections of books and other materials, collections that they love dearly and want to see used and loved by another generation of scholars. However, the libraries of the universities and colleges to which these scholars belong are no longer focused on acquiring physical books, and many of them do not have the physical space to store additional volumes, particularly ones that may be outdated, annotated, or in less than ideal condition. What are these scholars supposed to do with their beloved books?

Second, it’s hardly revolutionary at this point to say that libraries are facing serious challenges to their traditional role as “the place where the books are kept.” With a growing emphasis on remote access and electronic resources, libraries are desperately searching for reasons to maintain themselves as brick-and-mortar institutions. Around the world, libraries are closing, and those that aren’t are making dramatic changes to their service models, trying to build their digital collections and online presences.

The CLBSJ moves in the opposite direction. Instead of privileging virtual space, we value physical space. Instead of focusing on a social media campaign, we’re trying to build a community of people dedicated to keeping the (very real) doors of our library open. Instead of an online conversation, we’re committed to bringing people together in a room where they can have transformative conversations, face-to-face. You could almost say we’re so old-fashioned we’re cool.

Of course, we’re hardly the only ones thinking creatively about what libraries can be. We have some really great company in the Read/Write Library and the Storefront Library project, to name two. We’d love to hear your feedback, and wholeheartedly welcome your partnership in continuing to build the future of this project.

Come visit us! Come join us!